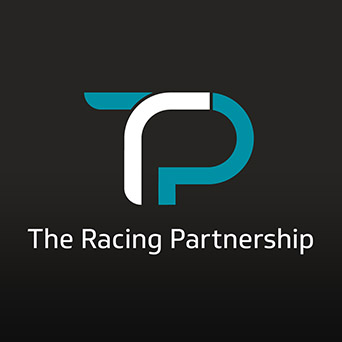 Arena Racing Company (ARC) have announced the introduction of a TV channel for LBO’s in the UK and Ireland which will begin transmission on the 1st September 2016. The name of the channel is The Racing Partnership (TRP).

Historically the independent bookmaking sector has had very little influence over the content of TV channels supplied to the market by SIS and Turf TV. The business model of both these companies is to bundle content and sell it at significant profit to the LBO market, both have a history of providing large dividends to their shareholders. It is increasingly important that the independent sector has a say in what is, and more importantly what is not, included on ‘bundled’ channels. The major companies now operate their own delivery channels in which they have ultimate control of programming. It is impractical for the independent sector to invest in a channel and highly likely that SIS and Turf TV would refuse to supply that channel – as they have done in the past.

ARC are in a unique position to work with the independent sector. They have a strong stable of racecourses including the majority of the all weather tracks, own the rights to South African racing in the UK and Ireland and have licensing agreements in place with a number of small independent UK tracks. ARC recognised that they can sell their rights directly to the major operators as they have their own delivery systems in place. Hence a channel was only required for the remaining independent operators. As ARC operate the At The Races channel in a JV with Sky they have access to the required expertise to set up and operate a satellite channel.

Importantly ARC have agreed that the addition of any content on TRP in the future will be agreed with the BTC Board. This includes both the volume and cost of such content and protects subscribers from paying for unwanted content.

ARC’s Director of Media Technology and Production and Director of The Racing Partnership, Mark Kingston said: “We have listened to independent bookmakers and put together a proposal for a new service. Based on the speed and level of uptake, it is clear that we have been able to come up with an offer that meets their requirements and provides a clear and transparent way forward for the independent sector. With more fixtures, better field sizes and quality of product, The Racing Partnership is already demonstrating its commitment to delivering a product of value to the retail sector.”

BTC Director, Howard Chisholm, said: “It has been a real positive for independent bookmakers to be consulted before a channel begins operation. TRP will be for independents and we in BTC intend to work with the channel to ensure it provides content relevant to independent operators on both sides if the Irish Sea.“

Jenningsbet’s Joint Managing Director, Julian Knight, said: “As an independent LBO operator with almost 100 shops, competing in an ever more challenging marketplace, it is essential that we plan effectively for the future. The agreement with The Racing Partnership gives us clarity, certainty and collaboration relating to content which is absolutely essential for our business.”

More information can be found on the ARC website: 500 BETTING SHOPS SIGN UP FOR NEW TV CHANNEL

Back to Latest News